The Clandestine Cake Club Cookbook was published on the 14th February 2013.  A series of events have been taking place across the UK to celebrate and launch the book. We organised a launch at the local Waterstones bookshop and nine bakers turned up with cakes and shared them with at least 75 members of the public over the afternoon. 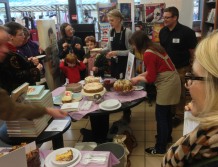 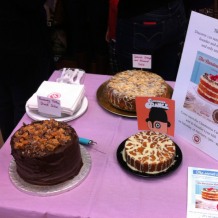 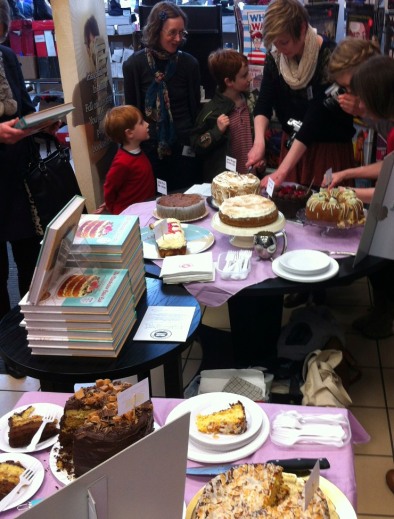 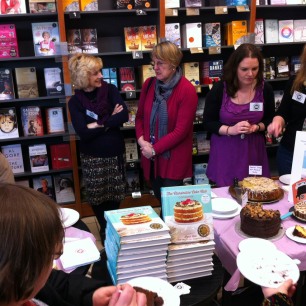 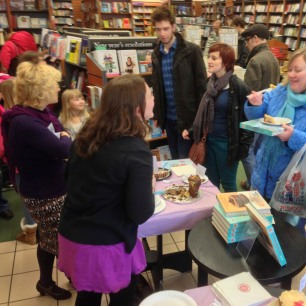 The author Lynn Hill joined the celebration and signed plenty of copies of the book as it was sold throughout the event. The Waterstones staff were delighted, it was great fun and good for business.

The day didn’t start here though.  For Lynn it started at 6.30am in Leeds as she set off to catch the train to meet me at BBC Radio Leicester.

We’d been invited to go on the radio to talk about the cake club, the book launch and of course the book itself. Sally Pepper was the presenter and we had a good long chat around all sorts of cake based subjects – you can listen to the interview here.

After our radio appearance we met Elle Townsend & Becca Bryers, two fellow Clandestine Cake Club members. Elle works in the Product Development team at Fiona Cairns bakery, Becca works at the BBC.  Elle and Becca have a beautiful blog ‘makedoandspend’.  We all bundled into the car – four of us and a magnificent Lemon Meringue Sherbet Cake.  We drove to Leicester North Great Central Railway station hearing the story of the late night blow torching of the Italian meringue. We bought tickets to Loughborough and travelled to another media rendezvous via the heritage railway line. 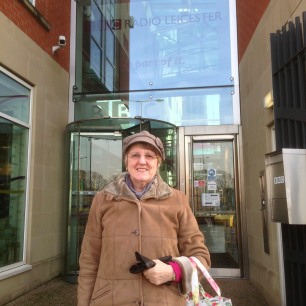 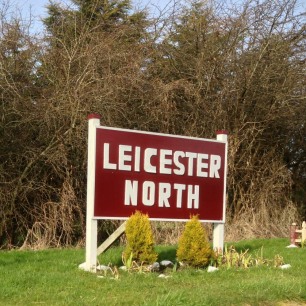 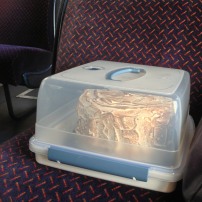 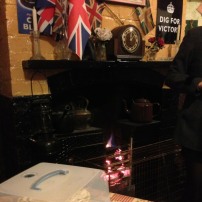 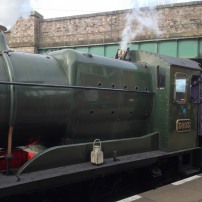 We were meeting Amy Watkins from the local paper at the NAAFI Café on Quorn & Woodhouse railway station – the venue for a previous cake club.

We alighted at our destination and headed off for a cup of wartime tea.  We discussed the way that the Clandestine Cake Club has grown through people interacting on Twitter, Facebook and blogs.  The cake club ethos is convivial, social and to do with meeting as strangers, sharing food and conversations, and leaving as friends. We learnt that Elle and Becca started their blog as a result of chatting at a Clandestine Cake Club event over a year before and have became firm friends through writing it. Becca and Elle took photos – you can see them and read more about this part of our day here.

It was time to go to the bookshop. Lynn, Becca, Elle and the Lemon Meringue Sherbet Cake, now joined by Amy and her Rhubarb and Custard cake – and I headed off into Loughborough. At the bookshop we met one more newspaper reporter and took pictures. And so we are back where we started. 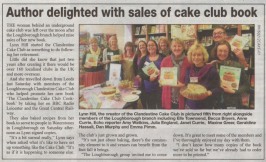 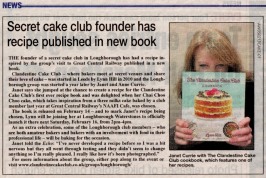 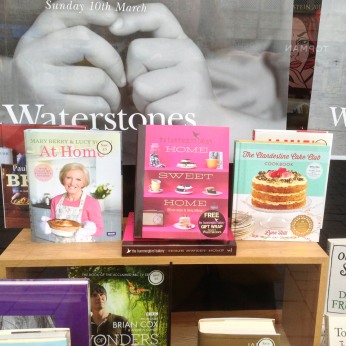 Why the detour? Well I wanted to let you know about the opportunities that had been created for people to meet and to make stories from the day.  A week or so before I’d been to the local paper to show them a review copy of the book and they had published a short piece about it and the launch because it contained a recipe of mine.

The approach I took towards the promotion around the launch was about making connections in a way that was fun, convivial and not to do with hard sell. In media terms this resulted in one radio interview, 5 blog posts, three newspaper reports and a lot of twitter traffic.

Proving yet again that The Clandestine Cake Club is a winning recipe.

You can read more about the book and how it was designed in a previous blog here.